Failure isn't apart from success but it's a part of Success

Dear readers this blog post would be bit biographical and bit lengthy too. So this time a current burning topic which have encapsulated the whole India in itself and why not it should be, when it comes to a word # NATION# comes into scene. 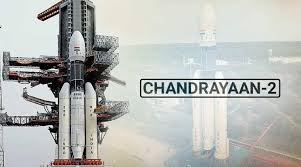 People and scientist all around the world knew that India's mission for moon Chandrayan-2 story, which was flooded in social media. People even knew this that 'the orbiter' of Chandrayan-2 is revolving around and sending data to ground station but the lander  VIKRAM-2 of it, has lost it's communication with ISRO. 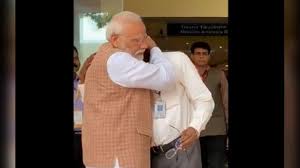 In this whole scenario a man is hugged by PM Mr. Modi and consoling him of the failure of a big Dream project for K.Sivan, the ISRO Chairman, THE CHANDRAYAN-2 Project leader.
This is the man who dared to think out of box, not only India, but the entire world is applauding the Indian Space Research Organisation for their zeal of daring to go where no one else has managed to. Though it's clear that this man was unable to complete his challenge, but his and his team did a  mommath task is a commendable.
As his real life story is also equally unbelievable like his  Dream of Chandrayan2. His own story is extremely painful and dark. 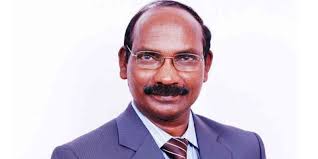 The family was in so much poverty that tbere was no penny for education. He started his journey of basic education upto 8th standard from a regional medium of Tamil in primary government school at his village. For his upper studies he wanted to go out from village due to lack of finiance he was unable to pay his school fees so he started selling mangoes in the market. All possible earnings was saved for paying school dues.
In an interview taken by The Deccan Chronicles as a chairman of ISRO, K. Sivan told to media, "I was a boy born in very poor family, his elder brother stopped my studies due to lack of funds in family, 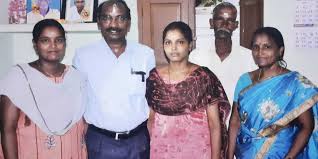 my father, Kailasavadivoo, was a farmer, he went to sell the mangoes in the market outside of village." He used to accompany his by taking the mangoes by old bicycle, and I sell it my own and collect a penny to pay my school fees. Along with selling mangoes he completed his intermediate class but for graduation he needed more money.
Again due to lack of finances he took admission in Kannya kumari's The Hindu College, at Nagercoi 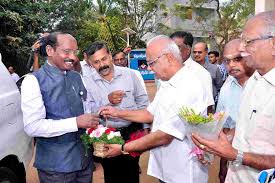 (# Hounoured as chief guest as honour by staff and almuni).

When he reached to get admission in the  Hindu college then only a pair of sleepers, chappals, came umder his feet, think how was the days were. He wore dhoti, kurta and sleepers. K. Sivan completed his graduation and became the first graduate in his entire family.
He got 100% grade in mathematics there. Now his interested in Aeronautical engineering rather than maths. So he took admission in MIT,  Madras and too got scholarship to do this degree in year 1980. After completing this he further also did his masters in Aerospace from Indian Institute of sciences, Banglore.
When he got passes out from IIS, he already became a eminent scientist of aerospace. He started his career from ISRO. 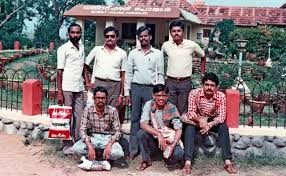 He begin his major project in ISRO with his team on PSLV (Polar Satellite Launch Vehicle), a vehicle which can launch an Indian satelitte to space. He was dynamic on this project PSLV was successful. He along with team also developed a software which can place the rocket on its orbit ,a software called Sitar. 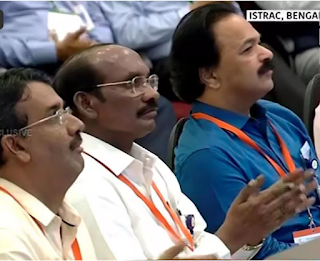 This software was very excellent and this was a hot topic among the Indian scientist about this Sitar software's competency.
An advanced project GSLV the ISRO scientist was working on it than PSLV. On 18 April 2001, GSLV testing took place but its led to its failure as where it was targeted it was missed its orbit. K.Sivan was expert of orbit domain so he was handed over the responsibility and he also proved again his self as master. After his orbit launching success of GSLV he was known as Rocket Man in ISRO. 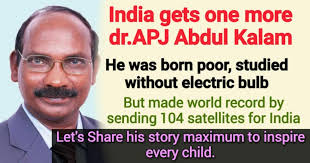 After this, he again took one more challenge of re- using the lauching vehicle after it had launched its satellite for economic point. This was a Herculean task, but K. Sivan and his tough ISRO team got involved desperately to prove it can happen. Contemporarily he did his Docterate from IIT,  Bombay in year 2006 and he was made the head of fuel section there on 02 July, 2014
It was less than a year K.Sivan was offered a chairman of Vikram Sarabhai Space and Reaearch center. This is center which holds the responsibility of making rockets which sends vehicles for launching satellite into space. In VSSRC also he served less than a year K. Sivan was going to replacing, on 14 July 2014, Mr. A.S. Kiran Kumar then Chairman of the office, as his tenure was completing.

In his free time he loves to listen Tamil classical music and does gardening. Under his mentorship and guidance the ISRO had on 15 Feb, 2017 was able to send at one attempt all four satellites into space which was a world record.
After this ISRO had a giant  challenge of this mission Chandrayan 2 which was launched on 22 july 2019. 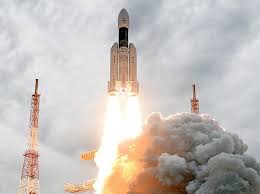 Now on 2nd September, 2019 Chandrayan have to be separated in two parts .
First part was it's Orbiter which have started revolving around its moon's orbit.
Second part was Land Rover part  named Vikram . Now Vikram on 6th September, 2019 had landed on moon's surface, everything was perfect but suddenly communication got disconnected and what next occured world knows. This moment was very emotional when a Chief of ISRO embraced so innocently by Mr. Modi that K.Sivan busrted out. 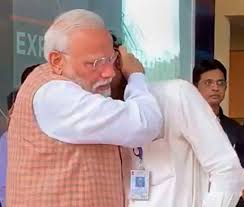 Its never happens like each dream or plan is going to happen at once. But for iron man like  K. Sivan who himself have from very modest to unrealistic journey, the same manner we can happen it again.

Its was a story of a man who brought moon closer and closer to all of us ..


So remember one thing in life,

A  Hope is the other name of Faith 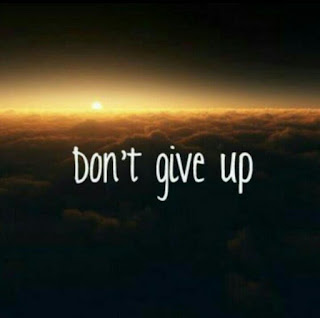 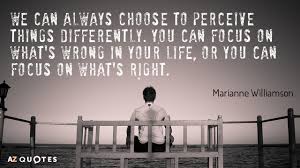 braveminds007
Eager learner from child to old ones by keen observation. I am writer, entrepreneur, and best is yet to come.